Thanks to Bob Beerbohm, Robert Moubert’s thread on the ByrneRobotics forum, the incredible Grand Comics Database, the Pocket Books section at Cover Browser and some colorizing hints from Mads Madsen, I’m happy to present to you “Comic Land, 1948 (in color)”

Just a quick note to accompany this clip of Ray Harryhausen’s work.

Being able to see moving images of the fantastic was a rare thing for the general populace before VHS rentals became ubiquitous. These wild visions would show up regularly on broadcast television, either late at night, or during  the weekends, but by regularly, I mean you could see a particular movie twice a year if you were lucky. Or you might be able to catch them in a midnight movie, or a revival house. Organizations could rent 16mm prints of movies and show them, so sometimes you’d get lucky at summer camp or a school auditorium on a rainy day. (I know devotees would collect 16mm prints, too, and 8mm reels were available, but I’m talking about the non-collector, non-devotee type. Not everyone owned a movie projector.) Cable TV was only starting out.

So, when I went to The Ritz one night with some friends to see, um, Marianne Faithful?, Adrian Sherwood’s Tackhead?, sorry can’t remember. I was absolutely transfixed by the video DJ-ing that was going on pre-show.

One of the clips shown was Kali. I saw a few graphics shared on Facebook yesterday, where folks had colored each US state and, impressively, each US county, using percentages of red (Romney) and blue (Obama) corresponding to the percentage of the popular vote for each candidate.

While interesting, I don’t like that kind of presentation because it mixes geography with population. Showing, for example, big ol’ sparsely populated Montana, Idaho, and the Dakotas colored according to votes, but not showing their population skews interpretation of the image.

So, I took the Electoral Vote Cartogram by ChrisnHouston on Wikimedia Commons and did the same as mentioned above, using percentages for each state from MSNBC’s and Fox News’ websites. It’s a little rough around the edges, but I thought it’d be fun to post it. This work is licensed under a Creative Commons Attribution-ShareAlike 3.0 Unported License.

I also put a similarly colored full US electoral cartogram at the lower right reflecting the color of the total popular vote, as well as three squares showing 100% red, 50% red 50% blue, and 100% blue. 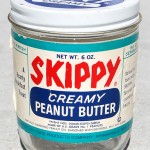 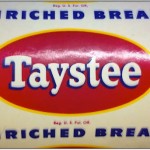 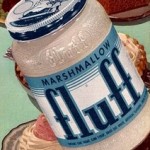 and have a Fluffernutter Not that we had Fluff all the time, but when it was in the house, it was in order to have Fluffernutters. Would there have been any other reason? Check the link to go to a page that includes an audio file of an old-school Fluffernutter commercial.

My point in writing this?  I have realized that for a few years now, probably 35 years or more since I last had a Fluffernutter, that I have been indulging in a modern variant. It EVOKES the Fluffernutter in the crunchy, fiber-y manner that I prefer these days. Depending on the style of the preserve, the fig can also remind us that the Fig Newton is a very processed snack treat.